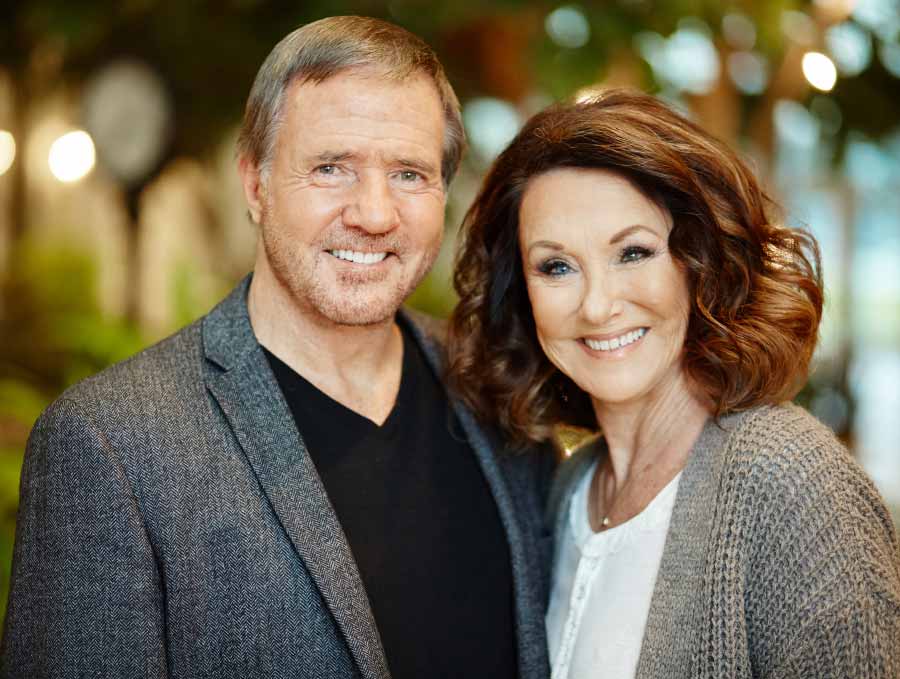 Mac is the host of the Winner’s Minute, which is seen locally in the Minneapolis area on KMSP Channel 9 during the first commercial break after 7 a.m. and can be found on many online platforms. He is also the host of the Winner’s Way broadcast and author of several internationally distributed books. Mac is broadly acclaimed for his ability to apply the principles of the Bible to practical situations and the challenges of daily living.

Between 1970 and 1980, Mac was involved in varying capacities in the general aviation industry including ownership of a successful air cargo business serving the Midwestern United States. A business acquisition brought the Hammonds to Minneapolis where they ultimately founded Living Word in 1980 with 12 people in attendance.

After nearly 40 years, that group of twelve people has grown into a church body of more than 10,000 members. Today some of the outreaches that spring from Living Word include Maranatha Christian Academy, a fully-accredited, pre-K through 12th grade Christian school; Living Free Recovery Services, a state licensed outpatient treatment facility for chemical dependency; CFAITH, an online cooperative missionary outreach of hundreds of national and international organizations providing faith-based content and a nonprofit email provider; and a national and international media outreach that includes hundreds of audio/video teaching series, the Winner’s Minute and Winner’s Way broadcasts, and the Prayer Notes newsletter.

Lynne Hammond’s prayer life began in 1972 with a simple cry of her heart: “Help me, God! I want to be able to talk to you. Please, teach me to pray!” God’s answer that night jump-started Lynne’s prayer life as well as her passion to inspire and lead others into a life of Spirit-led prayer. A teacher and an author, Lynne currently serves as the national prayer director for Daughters for Zion and the head of the prayer ministry at Living Word Christian Center. Under Lynne’s leadership, the prayer ministry at Living Word has become an internationally recognized model for developing effective pray-ers in the local church.

Mac Hammond Ministries reaches beyond the walls of Living Word through various media, such as television, print, audio/video messages, and the internet. One of the simple but powerful truths Mac and Lynne have discovered is that God wants us to be winners in every area of life. Communicating this life-changing truth (in unique and practical ways) with as many people as possible is the vision of Mac Hammond Ministries.

There are many more ways to watch the Winner’s Way besides here on our site. Pick which one works best for you.

KBTV GLOBAL
Kingdom Building TV is Christian TV that broadcasts WORLDWIDE 24 hours/7 days a week. You can watch the Winner’s Way with Pastor Mac on Tuesdays at 8:30 a.m. CST. You can download the app, watch on Roku at KBTVGLOBAL. (yes, there is a period at the end), or watch online here.

ROKU
Watch the Winner’s Way on the Victory Network or the SpeakFaith.TV Roku channel.